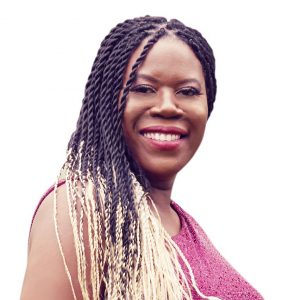 “White privilege” is an idea that is hugely detrimental to the rise of most people of color and must be rooted out of their consciousness.

A new idea, powerful and TRUE, must be imprinted:

That people of color are very privileged.

From the Spiritual perspective, “white privilege” does NOT exist.

And it can cease to exist in the physical realm, through the conscious choice and imprinting a new reality.

When individual consciousness begins to recognize and imprint the the truth of their privilege as a birthright, Divinely bestowed, collective consciousness will reflect it too.

Personally, when I first heard of the term “white privilege” only two years ago, I was shocked.

I could not believe that people had embraced such an idea.

So, I laughed about it and refused to accept such a notion, into my subconscious…

a notion that others are more privileged than I, simply because of the color of their skin.

I did read about it. And the more I read, the more I staunchly rejected the idea from my subconsciousn. And then, I stopped reading about it.

Yes, it is true that in physical reality, especially in The United States and some of Europe and South Africa, experiences of “white privilege” abound.

I am not saying that “white privilege” does not exist, because it does, as an imprint and therefore, experience.

Like when Ann Cooper called the police, FALSELY accusing the African America man, Chris Cooper, of threatening her life and her dog’s, simply because he asked her to leash her dog, in a place where she was breaking the law.

Learn more about the incident here.

However, if I know anything at all in my lifetime of metaphysics, it is this:

Whatever you accept as TRUE for you, (whether it’s backed by evidence or not), you open the portal for physical manifestations to confirm that truth.

So, embracing the idea of “white privilege” means that since you am not white, that you are not privileged or not as privileged as they.

The idea that you are not or are less privileged, reaches into the very fabric of your powerful energetic structure and redefines your specific experience of privilege, in physical reality.

I dare not do that to myself. Not in this life time. Not in any other.

If you have embraced the notion that those of white skin are more privileged than you, I urge you to release it, if you like.

And instead, imprint your own privilege upon the universal consciousness and your own subconscious.

By doing this, you will be fully Divinely supported on your claim to Divine privilege and areas of your physical life, hampered by the entrenched belief of your lack of privilege, will begin to shift.

This is a conscious choice that you must make for yourself.

This is an experiment that you must do for yourself.

1. Every morning when you awaken, repeat a statement of your own Divinity and Privilege. For example:

” I AM a Divine Being (or a child of Source, if that suits you better) and I declare by the power of my Great Juju (use any divine name that appeals to you here) that I am Divinely privileged. My divine privilege runs deep and shows itself in all areas of my life and in my dealings with others.

NOTE: you want to dwell on simple things that already are in your physical life, not issues of social justice or politics, etc that you may find, as yet, hurtful.

3. Keep a power record of your daily experiences with this experiment and adjust as needed.

4. Take any actions that support, shore up or strengthen your inherent knowledge and experience of your privilege.

5. It is likely that you will hear or see or even experience what you consider as “white privilege”, even during this experiment.

When that happens, do not reject it. Acknowledge that some are still experiencing it and that leftover imprinting may still occur to you.

But, take conscious control of this and in your ritual or process for imprinting, reignite your own fundamental and all powerful privilege, until it replaces the false distortion in your energy signature.

Can you believe it! There was incredible evidence and experts promoted the notion that humans were incapable of doing it, since they had been trying for 80 years or so.

But Roger Bannister, a regular human with a passion for running, wanted to break free of that universally accepted truth.

So, he surrounded himself with the IDEA of its possibility, despite physical manifested evidence that contradicted him.

Roger Bannister became the first human recorded to have run the mile in under 4 minutes!

And once he did it, other humans began to do it too. And some even broke Roger’s record.

So, on your journey to release the bogus belief of “white privilege” and embrace the truth of your own, you may not have evidence of your own privilege, but you MUST claim your privilege internally, within you.

You must imprint it within your consciousness until the reality is your experience in physical.

And, if you have children, teach them too.

No one is more privileged than you and vice versa. Claim this spirit realm reality and consciously allow it into your manifested experience.

Privilege is your birthright. Claim it!

PrevPreviousTriggered – The Divine – I Rise